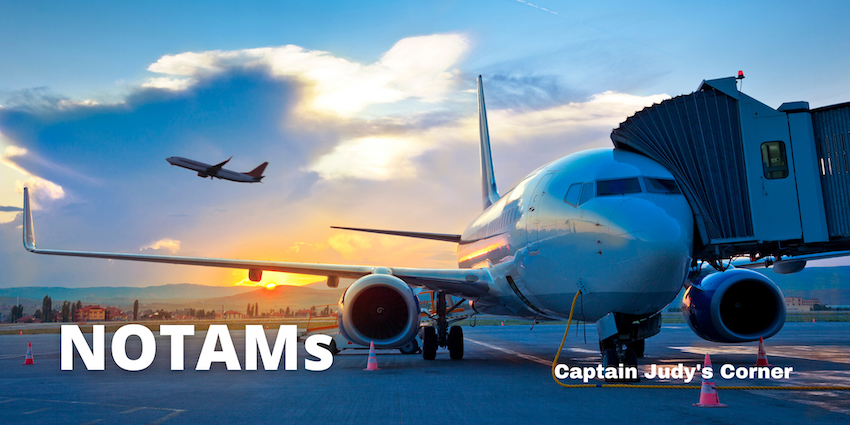 The Citation jet was ready for departure at Hanoi, Vietnam (VVNB) with a destination Hong Kong (VHHH). Weather was agreeable along our entire route. The NOTAMs were an issue.

Acquiring the most current weather and NOTAMs can be challenging when flying international. For example, each country will have a different responsible agency to contact for this information. Once the pilot locates the agency, they must often pay a fee and apply for ramp access to the facility. Airlines provide this information to the crew. General aviation pilots can pre-purchase this information through a commercial contractor or locate the agency on their own. During our 2015 World Flight, we pre-purchased these services. The weather, Notices, and filed instrument flight plan were ready by morning for the day’s route. The Citation crew reviewed this information over coffee each morning before our departure.

What is a NOTAM?

A good definition for NOTAM, or Notice to Airmen (or Notice to Air Missions), is a time critical notice filed with an aviation authority to alert aircraft pilots of potential hazards. The meaning is obvious. These are time-sensitive notices. Therefore, aviation publication materials will not include them due to the immediacy of the issue. These hazards could affect the safety of flight and relate to either a flight route or an airport.

Why are they important?

Similar to weather, a pilot may change the flight plan according to NOTAMs. They should be checked while making the flight plan, and again before departure, during a flight, and before arrival into the destination airport. A few examples of NOTAMs:

Who submits Notices to Airmen?

A brief introduction on the five different types of NOTAMs:

Learning the format takes practice. First of all, familiarize yourself with the NOTAM decoder. The ICAO example provides guidance while practicing decoding the local airport NOTAMs. Enter the local airport ICAO identifier when prompted on the FAA NOTAM SEARCH website. Enjoy learning how to decode by creating an imaginary flight checking Notice along the route. The example below is for New York’s John F. Kennedy International Airport (JFK):

Back to the World Trip

The Citation jet sits on the VVNB ramp (Noi Bay International Airport), pre-flight, run-up, and flight plan completed. An earlier review of the VVNB NOTAM indicated the potential for a 2-hour departure delay due to high volume of traffic. Therefore, we were prepared by extending the rental of the GPU ground power unit. GPU has its own source of power with the primary function for jet starts. Next, we proceeded to use our time wisely by amending the times on the flight plan and changing the reserved arrival and ramp slot at VHHH.

Whether flying international or domestic, general aviation or airline, it is the crew’s responsibility to check the most current NOTAMs. We are grateful for our flight instructors and the practice taken as student pilots to learn how to decode these important Notices to Airmen – and women. Safety first!