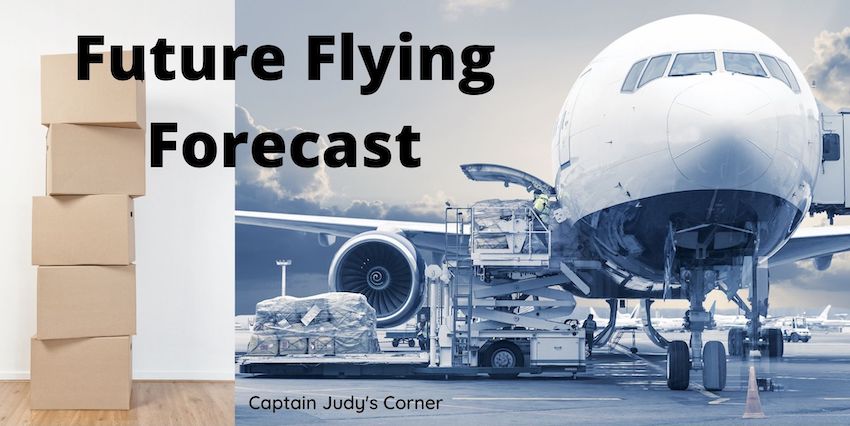 The future flying forecast may have seemed bleak one year ago, but fluctuations and furloughs are not forever.

Bloomberg News, September 2001: “Thousands of workers losing their jobs at American Airlines. United Airlines reports the gravest times in its history. Eight of the largest airlines in the United States have implemented over 78,000 furloughs since the terrorist attacks. Prior to these massive furloughs, the airlines were reporting record employment.”

Furloughs in aviation are nothing new. One of the earliest sequences of layoffs occurred during World War I (1914–1918). At the beginning and during the war, the demand for pilots far exceeded the training capabilities. Production of pilots and aircraft could not happen fast enough. After the war, air mail and passenger flight careers grew, but a surplus remained of both aircraft and pilots. Another example is World War II (1939–1945). The end of WWII created the same outcomes as the WWI with high demand during the crisis followed by a surplus of pilot and aircraft afterwards.

In the early 1990s, the economic recession related to the Gulf War resulted in airline furloughs. The terrorist attacks on September 11, 2001, created a recession with thousands of aviation industry furloughs.

Forecasted recoveries when the airline industry experiences a crisis can extend up to 10 years. However, history shows the aviation industry is resilient with recoveries often taking as little as 2 years. The current example of the COVID-19 impact shows this to be true.

Before the global pandemic, a severe pilot shortage created one of the hottest job markets for professional pilots. While decreased demand in air travel after March paused hiring at the regional and major airlines, an expansion in hiring at the corporate and cargo levels emerged. As passenger travel demand returns to pre-COVID-19 levels, a recovery in airline pilot hiring is on track to return by the time current flight students reach airline minimums.

The coronavirus initially created a slowing of the airline industry. However, it cannot stop the thousands of anticipated pilot retirements in the coming years. A mandatory retirement age of 65 will thin the ranks, increasing the even greater need for recruiting and replacing pilots. There continues to be a need for the aviation workforce, as evidenced by investigation data, below.

How the Airlines Adapted

Case in point: Last year, United Airlines launched a new pilot recruiting program planning to train up to 10,000 new pilots in the next ten years. The airline says that plan is still on track, despite the downturn with a continuing need for replacing 400-800 pilot attrition annually.

“We are taking advantage of this pause to not have to run so fast,” stated Curtis Brunjes, a 787 captain and United’s managing director of pilot strategy. “The demand is still there; it’s just depressed a bit in the short term because of the COVID crisis. The long-term value proposition for new people coming in remains unchanged. Aviation is still an attractive career.”

National Business Aviation Association (NBAA) President and CEO Ed Bolen said that encouraging data about flight demand and consumer trends provide confidence that the industry will emerge from the pandemic stronger and more adaptive.  He identified an increase first-time passenger interest flying corporate airlines.  Bolen said, “New customers have seen the inherent advantages to business aviation by going more places in less time, reaching destinations they didn’t think they could reach, and flying in a safe, secure and healthy manner.”

Due to the pandemic, an ever-increasing aviation career boomed: flying freight. Many airlines converted passenger jets to cargo. Emirates chief executive Tim Clark, “We’ve converted ourselves to a mini UPS,” he said, with 85 of Emirates’ passenger Boeing 777-300ERs and 11 passenger 777Fs operating as stand-in freighters.

Virgin Atlantic increased cargo flights by nearly 600 during June, an increase of more than one-third pre-pandemic. Virgin Atlantic CEO Shai Weiss shared, “While the impact of the COVID-19 pandemic continues to restrict passenger flying, our cargo operation has never been more important both to our business and in keeping vital global supply chains running.”

Finnair was one of the first European airlines to add to its cargo capacity by removing economy-class seats from the cabin of two of its Airbus A330s, doubling available space. Mikko Tainio, managing director of Finnair Cargo, explained, “Business-class seats, bulkheads, lavatories, galleys, and overhead bins remain in place and netting secures the cargo to seat tracks. When passenger traffic demand increases, the aircraft can be easily returned to passenger operations.” Each day during this crisis, Finnair uses as many as 8 of its 15 A350s on dedicated cargo flights.

Icelandair also removed seats from Boeing 767-300s and 777-300ER turning the aircraft into instant freighters. British Airways converted 777-200s aircraft from passenger to cargo. In addition to the new demand for business jets and cargo pilots during the pandemic, career opportunities as a flight instructor remain in high demand at Epic Flight Academy and many flight schools. The Air National Guard continues the quest for pilots. Unmanned Pilot Aircraft positions are in high demand with salaries often higher than an airline’s first officer.

The Future Flying Forecast is Bright

Perusing my logbooks, I find memories of incredible piloting vocations in more than 25 different aircraft ranging from the fast Citation Mustang jet, beastly radial engine of the military North American Aviation T-6 Texan, the sweet Luscombe tailwheel, the stable Cessna 172, and most importantly my quirky Grumman.

There are as many aviation careers as there are airplanes. Each career has its own personality, just like each airplane. There are careers, aircraft, passengers, cargo waiting for you to experience.

Timeline of the Aviation Industry During the Pandemic