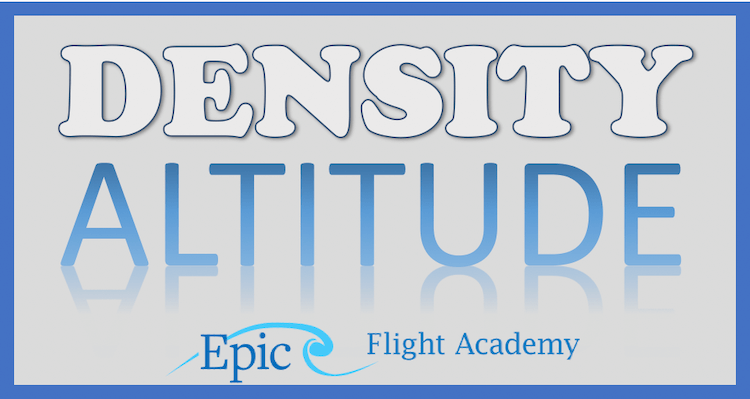 After all, airplanes don’t feel. Or, do they?

The cockpit felt like a sauna in the Arizona heat. Not only was I enduring the summer heat, but so was the airplane. How might an airplane suffer from heat? After all, airplanes do not feel? Or do they?

Temperature, pressure, and moisture (dewpoint) in the air affects our airplanes’ performance: an increase required in runway length, a reduced climb rate, and decreased performance in cruise and landing.

What is density altitude?

The density of air from atmospheric conditions are one of the most important factors affecting aircraft performance, this is called density altitude. Less dense air causes a reduction in lift generated by the wings and would reduce power output, which reduces the effectiveness of propellers. Density altitude’s definition is pressure altitude corrected for non-standard temperature. Stated differently, an airplane might feel (perform) as though taking-off or cruising at a higher altitude than actual.

How do air molecules increase or decrease in the atmosphere? Atmospheric conditions!

Temperature also affects density altitude. The amount of heat in the air makes air molecules move quickly and push against each other. These active air molecules expand and rise quickly.

How does location impact density altitude?

High altitude, high temperature, and high moisture content in the atmosphere reduced my airplane’s performance. This is known as the 3 Hs. The airplane’s performance on that day had a density altitude of 10,000 feet MSL. Instead of the airplane performing from the airport elevation of 5000 feet MSL, it performed as if I’d be taking off at 10,000 feet MSL. Under these conditions the 7,000 feet of runway was not enough. What was my alternative? Fly early or late when the temperature was cooler and there was less moisture in the air. Or, wait for another day. Pilots also want to pay attention to density altitude on cross-country flights.

On hot, humid Florida days, density altitude could increase as much as 2000 feet MSL. The airplane will feel as though it’s taking off, climbing, and landing at an airport located at this altitude instead of New Smyrna Beach Airport’s elevation of 10 feet MSL. It is important to understand the effects of atmospheric conditions on the performance of the airplane. Know how your airplane feels before entering the cockpit!