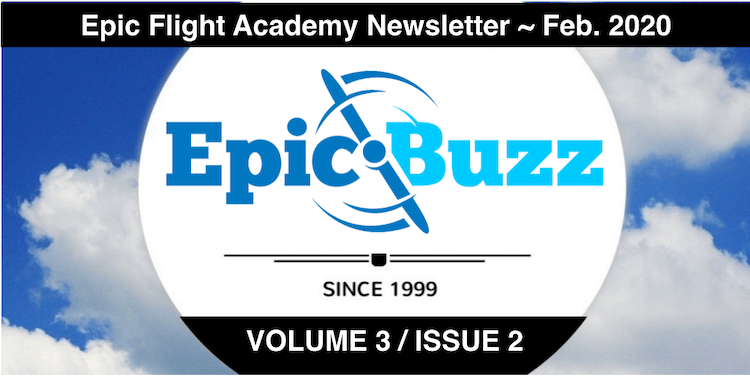 Epic Flight Academy welcomed representatives from Air Wisconsin on January 22nd for a Pilot Career Seminar. Our flight school provides numerous opportunities to network that will help with your career goals. Air Wisconsin offers up to $57,000 in bonuses alone! Epic graduate and current flight instructor Andrew Toma (far left) was hired by Air Wisconsin as a First Officer. Congratulations, Andrew!

We invite you to join our Epic Flight Academy online PILOT FORUM to discuss pilot topics, ask questions, and get to know each other. The forum is a great place to start your pilot career!

Congratulations to Garrett Segall (above) who is now a Captain for Republic Airways. Captain Segall is an Epic grad and former Epic flight instructor. Congratulations also to Cliff Villanueva (below)who also trained and taught at Epic. Cliff is now a First Officer for Envoy Air.

Congratulations to all of our spectacular Epic Flight Academy students who passed checkrides on their first attempt in January!

Did you know you can apply for student loans to pay for flight school?