When you can’t climb into the cockpit and experience the thrill of flying, read about it! After all, you can still curl up with a good book and live vicariously through the exploits and adventures of other aviators. There are so many great aviation books that it’s impossible to choose a favorite. However, here are five works that stand the test of time. Furthermore, they meet our criteria for excellence. Four are memoirs and one is biography. If you’ve already read them, you’ll likely agree they are worth reading again. If this is your first time to read them, we know you’ll enjoy them. These historic accounts of the thrills and challenges only happen when “slipping the surly bonds of gravity…” 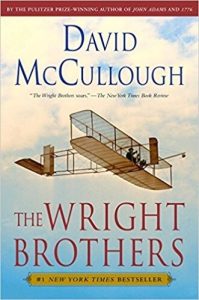 THE WRIGHT BROTHERS
By David McCullough (2016)

In equal parts biography and aviation history, this book makes our list as a page-turning account of the brothers behind the Kitty Hawk flight that would usher in the age of aviation. It’s the only book on our list that is not autobiographical, but it meets the criteria for a great aviation read. Self-taught in the theory of flight, the Wright brothers met life-threatening challenges in their practical applications of testing the theory. This timeless portrait of the diligent Wrights provides incredible details without ever coming across as superfluous or too technical. McCullough’s use of primary documents in researching the brothers’ lives provides intimate details and a firsthand look at history as current events. From an early age, the boys were encouraged to be curious, something many children today are discouraged from in the name of safety. From tinkering around with bicycles to risking life and limb in flight experiments, the perseverance of the brothers is unparalleled. Their story could have turned out much differently, of course, because their experiments consistently put their lives in peril. We all know what happened on the fateful day of December 14, 1903 when Wilbur Wright won the coin toss, but don’t let that keep you from reading this exceptional biography of these two determined siblings. 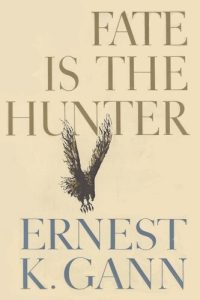 Today’s world of flying is far removed from the challenging pioneer days when aviation could be a treacherous endeavor. Fortunately for us, Gann was there, survived it, and wrote about it. Although he wrote several best-selling novels and screenplays based on his aviation experiences, our favorite is this autobiography written in 1961. The book focuses on his flying career, from the 1930s to the 1950s. Gann began piloting DC-2s and DC-3s for American Airlines and then in wartime flew C-54s, C-87s, and Lockheed Lodestars. After World War II, he flew DC-4s for Matson Navigation. These flights provided more adventure (and misadventure) than one person might choose to experience in a lifetime, but Gann did and recalls them all in thrilling detail. 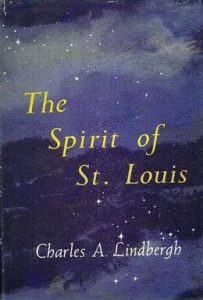 THE SPIRIT OF ST. LOUIS
By Charles Lindbergh (1953)

On the heels of his record-breaking trans-Atlantic New York-to-Paris solo flight in 1927, airmail pilot Charles Lindbergh sat down and wrote a quick account of the historic flight, emphasizing the bond he felt with his plane, hence the book’s title: WE. By most critical accounts, that first book fell short of delivering the details people were hungry to read about Lindbergh’s remarkable flight. However, in 1953, Charles Lindbergh penned a richer account in a new book, The Spirit of St. Louis, which won the Pulitzer Prize in 1954. This book does not disappoint. It takes the reader through the preparation and planning for the trip in fascinating detail and lets them ride along on that historic 33-hour flight that launched trans-Atlantic flight. Even the appendix is a treasure trove of aviation history that includes Lindbergh’s flight log and flight map. This is a must-read for any fans of history, aviation, or memoir writing. 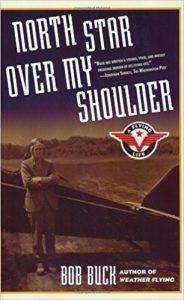 NORTH STAR OVER MY SHOULDER: A FLYING LIFE
By Bob Buck (2002)

This book is much more than a memoir; it is a record of a time we will never see again – the glory days. Robert Buck lived from 1914 to 2007, so he bore witness to the birth of the commercial aviation industry, and, luckily for us, he shared his perspective from the cockpit. Much like Mark Twain immortalized the golden age of steam-boating in Life on the Mississippi, Bob Buck leaves a richly detailed record of the heydays of early commercial aviation. His achievements made the history books: he was, at the time, America’s youngest licensed pilot; and, in 1930, he broke the junior transcontinental air speed record. He flew B-17s during WWII and enjoyed a long career with TWA and flew everything from DC-2s to 747s. Facts and figures aside, every page of his memoir is written with evidence of love, awe, and respect of life in the cockpit. Hilarity, white-knuckled terror, surprising friendships, and intimate stories await. Read this one sooner rather than later. 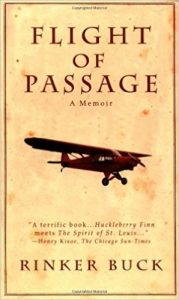 Whether you have any interest in flying or not, this book is one of the finest memoirs we’ve ever come across. Imagine two brothers, ages 15 and 17, restoring an old Piper Cub and flying it coast to coast. The year is 1966, and the siblings’ cross-country adventure was unprecedented. It was a simpler time then, especially in the world of aviation. The author was the 15-year-old brother, and his storytelling skills are on par with his piloting and navigation skills. The boys’ father was a barnstorming pilot, so the boys came by their love of planes honestly. The characters you’ll meet in this book are unforgettable. Even the “geezers” sharing advice at quiet, rural airports will stay with you long after you finish reading the incredible adventure of the boys who became the youngest duo to fly across America. It’s unlikely you’ll ever restore your own Piper Cub and replicate this trip, but reading a firsthand account of the boys’ adventures offers a pretty close second.

So, have you read any of these great books? Share your favorite books in a post below…