SPECIAL! International flight school students save $7,250 when they enroll this October! – Get started!

New Smyrna Beach, FL – While airline professionals and legislators continue the debate on how to resolve the growing 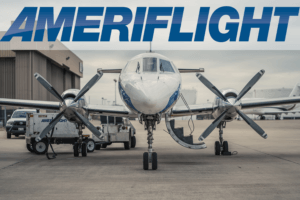 pilot shortage, Epic Flight Academy and Ameriflight have proactively established commercial pilot career pathways. The Professional Pilot Pathway Program, launched by Epic in 2015, now includes $60,000 tuition-reimbursement through its partnership with Ameriflight. This means student pilots entering the program with no previous aviation experience have the opportunity to qualify to work as a captain of a turbine aircraft in just 2.5 years. At the end of 5.5 years, these pilots could have the qualifications to be hired by a major airline – helping avert the pilot shortage while earning a good living as a pilot. Most importantly, students will accumulate no student loan debt.

Although there has been a great deal of discussion regarding the pilot shortage and various proposals as to a resolution, such as reducing the 2012 FAA’s requirements of 1,500 flight hours, no definitive answer has emerged. The one aspect everyone does agree on, however, is the challenge posed by the lack of new pilots to fill open positions. These open positions are based on the FAA mandatory retirement age of 65, meaning about 60% of the current airline workforce will retire in the next 10 years. Legacy airlines alone will retire 20,000 pilots by the end of 2023. This includes passenger airlines, such as Alaska, American, Delta, United and US Airways in addition to freight airlines such as UPS and FedEx. Passengers have already experienced flight cancellations in the summer of 2017 when airlines like Horizon, a subsidiary of Alaska Airlines, canceled 318 flights. Without new pilots training for careers in commercial aviation, this will only get worse. 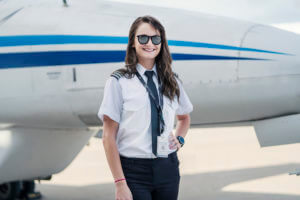 Epic Flight Academy felt the effects of the pilot shortage in 2014 when it could not hire enough instructor pilots (Certified Flight Instructors, or CFIs) to meet its needs. Epic realized the pilot shortage was not caused by a flight hour requirement, but something else: lack of funding for training. Epic launched a program that provided its flight students with financial support through a training sponsorship, which allowed them to earn all the pilot ratings necessary to become CFIs. As CFIs, they earn a living while instructing new pilots and build their 1,500 hours, thereby meeting the FAA requirements to transition to a career with commercial airlines.

“Time and the financial cost of flight training present some of the greatest barriers for students to enter the aviation profession,” said Danny Perna, CEO of Epic Flight Academy. “Prior to 2008, financial aid was available for vocational students, including student pilots. Because of the 2007 College Cost Reduction and Access Act, only students attending an academically accredited school, such as a university or college, have access to student loans. This lack of funding is one of the greatest factors contributing to the current pilot shortage.”

The Epic-Ameriflight tuition reimbursement program helps resolve the time and financial challenges faced by future pilots who want to enter the aviation industry. 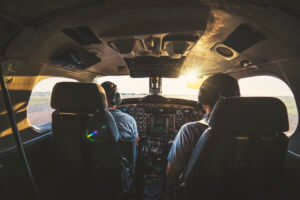 “We are proud to partner with our Cessna Pilot Center network and excellent flight schools like Epic Flight Academy to provide industry-leading training curriculum and aircraft,” said Chris Crow, Vice President of Piston Aircraft Sales. “Epic’s proactive approach to addressing the pilot shortage is helping to remove barriers for the next generation of pilots.”

The news about the Epic-Ameriflight pathway program comes days after Ameriflight and UPS announced Phase Two of their Gateway pilot program. The UPS/Ameriflight Gateway Program allows Ameriflight pilots to be selected to work for UPS as a pilot through a mentorship program. Collaborations such as these, with the support of innovative industry leaders, will help proactively address the pilot shortage we see today.