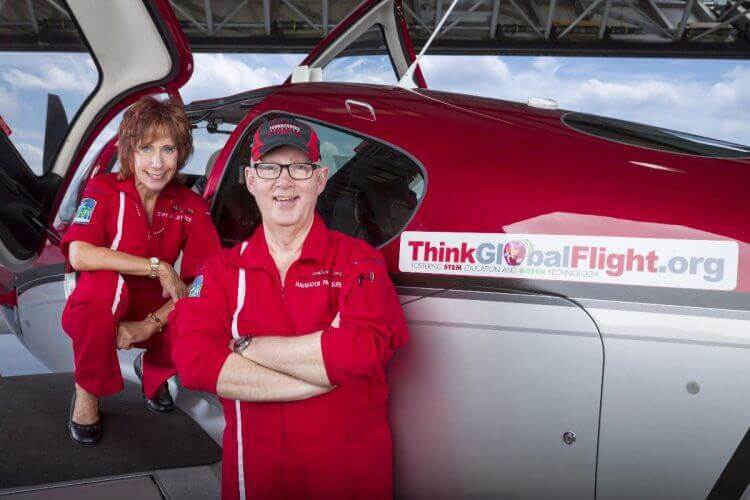 The Cirrus SR22T effortlessly reached the altitude of 8,500 MSL. The turbocharged airplane had a built-in oxygen system for higher altitudes. The maximum altitudes along our 3-month national tour would not exceed 10,000 MSL. It seemed unlikely we would be using the Cirrus oxygen system according to oxygen requirements when flying 12,500 MSL for over 30 minutes as stated in FAR 91.211.

We had reached our crossing altitude before approaching the Arizona mountain ridges. I focused on clearing the ridges with ample altitude if encountering turbulence. We were safely on the leeward side of the ridge when I noticed I had a bad headache that was soon followed by my inability to focus. The once familiar instrument panel was completely foreign.

What are hypoxia symptoms?

It then occurred to me what these symptoms might suggest. I glanced down at my fingernails for additional indications. My fingernails were not blue, or was I just imagining my nails were not blue? Completely confused, I turned to my relief pilot and asked, “Are my lips blue? My fingernails are not blue, or are they? I have a very bad headache and nothing is making any sense.” Before he responded I said, “Your controls.” I had read and studied these symptoms in flight training, and I knew I was experiencing hypoxia.

What are the results of hypoxia?

Hypoxia results in a deficiency in the amount of oxygen that reaches the tissues of the body. The symptoms of hypoxia can vary from one person to the next, and they also depend on how long the person has been experiencing low oxygen.

What are some symptoms of hypoxia in an aeromedical situation?

As I had experienced, symptoms might include a headache and the inability to focus. Dizziness or fainting, shortness of breath, and rapid heart rate are symptoms. Euphoria or sense of well-being, tingling, lack of coordination, tunnel vision, and a bluish tinge to the lips or fingernails can also suggest hypoxia.

Insufficient oxygen in the tissues of the body is caused by different reasons. Atmospheric pressure reduces with altitude, and with it, the amount of oxygen. Air is often thinner at higher altitudes. What this actually describes are fewer oxygen molecules per cubic foot as compared to sea level. Think of the oxygen molecules having more room as altitude increases so the molecules spread out. This type of hypoxia is altitude-related and called Hypoxic Hypoxia.

What are the most common types of hypoxia?

The more commonly known health-related types of hypoxia include: Hypemic Hypoxia is where the blood is unable to carry sufficient oxygen (e.g., carbon monoxide poisoning). Stagnant Hypoxia is the result of poor circulation. Lastly, Histotoxic Hypoxia is the inability of cells to use oxygen, often caused by drugs or alcohol.

I was fortunate having had my relief pilot and oxygen on board when experiencing hypoxia. Once recognizing the symptoms, I placed the nasal cannula mask on and, within a short time, was able to focus. However, my headache lasted for several days. Why did I experience hypoxia at an altitude much less than indicated in FAR 91.211, and why was my relief pilot not affected?

The effects of hypoxia vary with individuals. I maintain a healthy lifestyle. I exercise, get plenty of rest, and eat healthy. However, I was at a disadvantage being 20 years older than my safety pilot. After further reflection on this flight, I realized I was also dehydrated. Since then, I always drink plenty of water, fly shorter durations, use a pulse oximeter to test my oxygen levels during flights at altitudes, and use supplemental oxygen above 5,000 feet.

How can I reduce the risk of experiencing hypoxia?

Training and preparedness can reduce the likelihood of experiencing hypoxia. Not all pilots recognize the signs and symptoms of this largely preventable condition, so educating yourself about its causes, symptoms, effects, and responses can save your life.