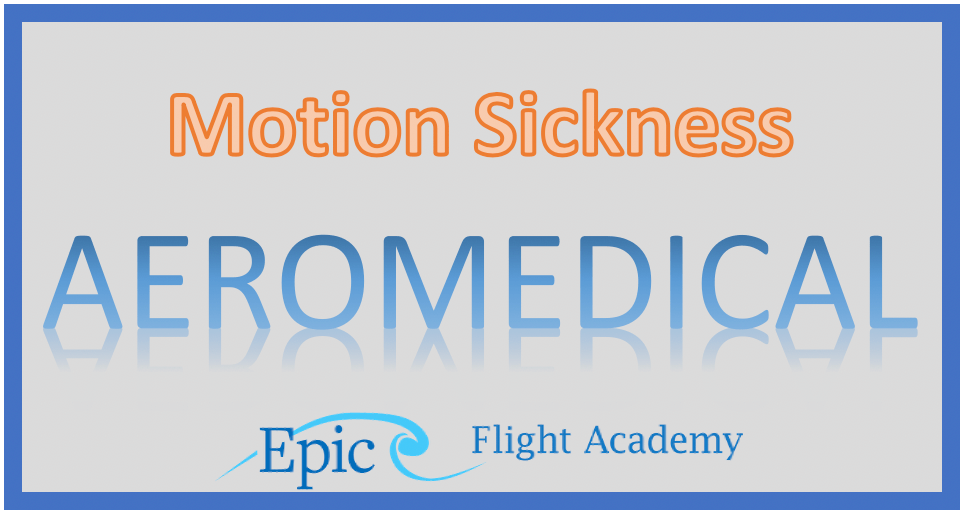 “I alerted my aerobatic instructor…”

My earliest memory of riding in a car was leaning out the window for fresh air and positioning my head carefully into a brown paper bag while my stomach was churning. My parents reassured that eventually I would outgrow these queasy moments. At a very young age, I learned to avoid looking down, such as looking at picture books, if I were inside a moving vehicle. I also always had water, sat next to a window, and if all of these precautions did not work, then the brown paper bag was nearby.

Can flying a plane cause motion sickness?

My first experiences as a student pilot produced similar airsick results. I would do my best to focus on the task and not my churning stomach. It took a while to not get queasy during maneuvers, such as steep turns. My first instructor was the macho type with the lack of appreciation for a student having a sensitive stomach. The first time I had to use the airsick bag during a steep turn convinced both of us that this instructor and student relationship wasn’t a good fit. My second private pilot instructor was considerably more understanding, allowing my body and brain to adjust in different environments. He explained the details of each flight maneuver before each flight. This eliminated the anxious, unknown moments that increased my airsickness. I had overcome the queasy moments by my third lesson with this instructor.

Does IFR flying cause motion sickness?

Can airsickness be overcome during aerobatics?

I knew what I was in for when deciding to learn aerobatics, and I alerted my aerobatic instructor, because I have flown a variety of aerobatic certified aircraft. During my first lesson I told the instructor that the first few flights should be short with the airsick bag handy. I adapted easily to the Citabria – a gentle, fun, flying machine capable of positive-G maneuvers. My strategy was to keep the airsick bag handy for my first few flights in the Pitts Special and certainly the powerful Extra 300. Flight instructors said to let them know, and we could take a break when needed. The instructors would ask if I wanted to wait for another day. However, after airing out the airplane and giving myself time to breathe, I was fit to fly again. Taking 3 lessons to finally acclimate to the high-speed and quickly changing flight environment worked for me. I later learned that even professional aerobatic pilots and military pilots often experience motion sickness after extended time off from flying.

Can you fly in the military or space program if you get motion sickness?

It was reassuring to know that even the great aerobatic pilot, Bob Hoover, had to conquer airsickness during his primary training. I was also amazed to learn that space nausea occurs in more than 50% of astronauts during space travel and that 65% of U.S. military student pilots report experiencing motion sickness on their first flights.

Can motion sickness be prevented?

The American Society of Aerospace Medicine Specialists found that U.S. military pilots’ exposure to the aerial environment often desensitizes the pilot, thus eliminating airsickness. In addition, the study recommended some of the following strategies for preventing motion sickness:

What are the major causes of motion sickness, and what are the symptoms?

Motion sickness is part mind over matter. One of the physical aspects has to do with our internal balance system, called the vestibular system. The vestibular system, located in our inner ear, has three semicircular canals. These canals help determine our body’s position in space. Each ear has one canal for roll, one for pitch, and one for yaw. The vestibular system works fine on the Earth’s surface where the body expects the steady pull of gravity at 1g. During flight, and especially during maneuvers, the body’s internal balance system can become confused. Motion sickness sometimes can be a result of the inner ear receiving unexpected information about the gravitational changes.

Oftentimes, once the symptoms of motion sickness begin, fear and anxiety set in and contribute to the cycle, further aggravating the condition. Some people just have a lower tolerance for motion sickness and start having symptoms while experiencing mild sensory changes. Over time, many individuals gradually accommodate or adjust to the stimulation that produced the symptoms and become less susceptible.

Can I take medicine to prevent motion sickness?

There are over-the-counter and prescription medications effective in reducing motion sickness, but be sure to contact an aeromedical examiner and research these medications for FAA approval. If taking an approved medication, know the effects on your body before flying. For example, even an FAA-approved medication that claimed to be “non-drowsy” put me to sleep almost immediately.

Are there any natural remedies to prevent motion sickness?

Except in rare circumstances, most people can eventually overcome the symptoms of motion sickness. If you’re a student pilot, don’t be afraid to bring it up with your flight instructor early on during training. I can personally testify that experienced pilots recognize that occasionally motion sickness simply comes with the territory. Remember that eventually your body will likely become acclimated to the cause of airsickness. Relax and enjoy our privilege to fly!

Be sure to read Aeromedical Part 2 – Altitude’s Effect on the Body.

“Captain Judy,” as she is affectionately known, is a world-class aviator who teaches Ground School at Epic Flight Academy. Read more articles by Captain Judy Rice!