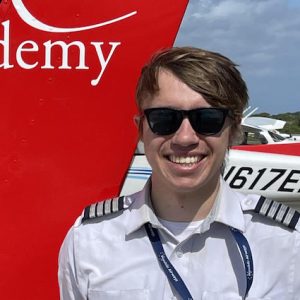 Ryan was born in Indianapolis, Indiana, but has moved around multiple times. His love for aviation did not start when he was young. It started after high school when he took a discovery flight in Clearwater, Florida and enrolled to earn his Private Pilot license. What also helped was that his dad is a private pilot. Since then, Ryan has received his instrument, commercial, and flight instructor ratings as well as his high-performance and complex endorsements. He is currently working on his CFII. Outside of flying, his other passion is cooking.