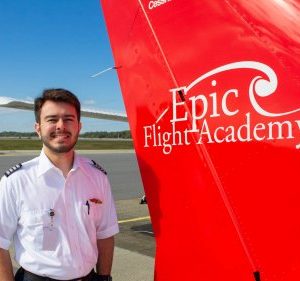 Paul Schwarz is a CFI at Epic. He was born in Long Island, New York and moved to Florida in 2002. Paul has had an interest in aviation since he was young, but it wasn’t until the move to Florida that he realized that it could be possible to pursue it as a career. In his spare time, Paul has trained in Tae Kwon Do for the last 15 years and is an instructor at his school.