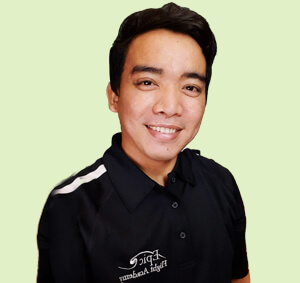 Jonell Abrao is Epic’s Live Chat Support Manager. He earned his associate degree at the Career Institute of Southeast Asia with Hotel And Restaurant Management. He was also a graduate of Computer Technology at Endonela Institute of Technologies.

He began working in the BPO industry in 2008 and since then he practiced and earned experiences with Graphic Design, Web Development, Social Media Management, Video Editing, Data Entries, Transcription, and Customer Service.

He has been part of Epic’s team since January 2016 as a virtual assistant to the recruitment manager and promoted as the manager of the live chat team when Epic decided to launch the 24/7 live chat support on its website in 2018.

Jonell was born and raised in Davao City, Philippines, and permanently moved to the Island Garden City of Samal to raise his own family.

Aside from being a great dad to his two sons, he also loves cycling during his vacant time.