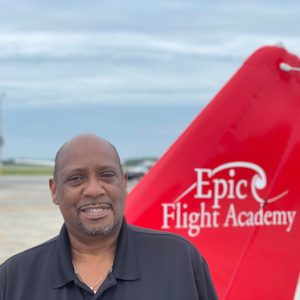 Eric Brathwaite is from the Bronx and is a U.S. Army veteran where he served in the Signal Corps. After leaving the military, he completed his A&P courses in Wyoming. Eric has worked for major airlines, such as US Airways Express and Continental Express where he worked on turbo prop aircraft.  After a decade of honing these skills, he moved on to larger aircraft with military and corporate aircraft maintenance. With 30+ years in the industry, Eric is happy to give back to the aviation maintenance industry as an instructor at Epic.