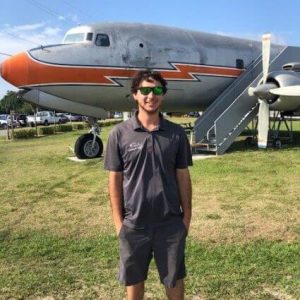 Cameron Piscitello has been employed with Epic since July 2010. He is Epic’s handyman and works to keep the buildings in top shape. Cameron is grateful to Danny Perna and Josh Rawlins, saying they have gone above and beyond. According to Cameron, Epic is not only a school for flying, saying it is a place of employment where management invests time and training in its staff.

Cameron has worked as a tower technician, an Epic lineman, and in the Epic Housing Department. He is currently studying to become an aircraft mechanic.

Cameron is really into cars. On his days off, he loves spending time with his fiancée, his boys and their dog; they love parks and the beach.