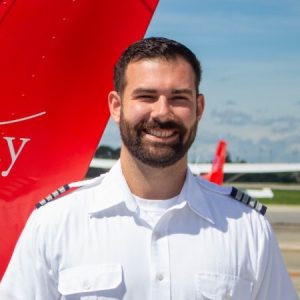 Cory Peterson is a veteran of the United States Marine Corps, where he served as an aircraft engine mechanic and a marksmanship instructor for five and a half years. He obtained his Bachelor of Science in Aeronautical Science from Embry-Riddle where he earned his private pilot, Instrument, commercial single & commercial multi-engine ratings. He then earned his CFI/II at Epic Flight Academy.  His passion for aviation stems from his grandparents; who were both pilots and pioneers of the Sun N’ Fun air show in Lakeland, FL. He is extremely excited to share his passion for aviation by teaching the next generation of aviators.