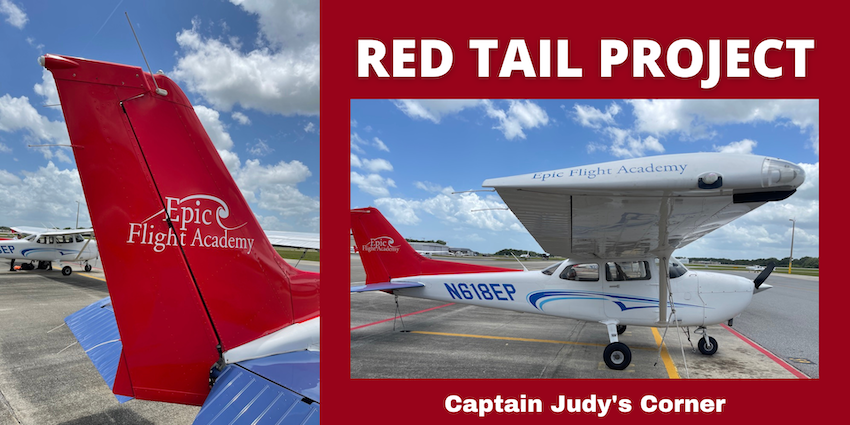 Over 25 years ago, and I still vividly recall the departure at this Class G, uncontrolled airport. The incoming white aircraft never acknowledged my radio call.

Every year, runway incursions, traffic conflicts, mid-air collisions, and near misses occur. The FAA FAST Team reports an average of 30 mid-air collisions in the United States each year. Mid-air collisions are generally reported below 8,000 feet AGL, within 30 miles of an airport, and involving aircraft with communication equipment.

Radios are not required equipment in Class E, Class G, or at uncontrolled airports. The FAA advises playing it safe and making radio calls if equipped.

Epic Flight Academy was established in 1999 with safety as the number one priority. Danny Perna, Epic Flight Academy founder and CEO, was the only employee and had only one aircraft: a Cessna 152. Danny holds an FAA Multi-Engine Commercial rating, CFI rating, and Authorized Maintenance Inspector (A&P, IA) certificate. So, he was both flight instructor and aircraft mechanic when he launched Epic, which would soon grow into an industry leader with a respectably sized fleet and staff.

However, Epic’s fleet did not start out with red tails initially. The first noticeable tail on an Epic aircraft was pink.

Vic Johnson, Epic’s Chief Flight Instructor, holds an Airline Transport Pilot (ATP), Airplane Multi-engine Land (AME), CFI, and B.S. in Aeronautical Studies. He recalls, “Epic’s fleet included a Cessna 172 with a pink wrap for Breast Cancer Awareness. It was very visible. People would always ask if that was an Epic airplane, and the tower would instruct students to follow the pink airplane.” Vic has logged over 24,000 hours, dedicating his life toward training future pilots.

Later, after hearing about two mid-air collisions killing three on board at a Miami flight school, Danny took a proactive approach. Josh Rawlins, COO and Aircraft Mechanic Program Director, recalls Danny directive. “It doesn’t make sense to have airplanes that aren’t visible. I don’t care what color we paint the tails on Epic aircraft, just pick a noticeable color. Make them more visible.”

Evolution of the Red Tails

With the noticeability of the pink tail and Danny’s directive to paint Epic’s tails to stand out, Josh looked in Epic’s aircraft paint cabinet. The brightest color was red. He decided to go for it. “It was such a visible success that the empennage has been red ever since,” he said. Today, Epic’s aircraft are easily identifiable with their bright red tails. This makes them much easier to spot during a scan.

The G1000 glass cockpit Cessna 172s are now ordered from the manufacturer without decals or paint on the empennage. The first step for each new arrival is painting the empennage. This is a one-and-a-half-day process that includes rebalancing the rudder. Epic experimented with different designs, such as white stripes and blue stars, but solid red continues to be the most noticeable.

New Smyrna Beach, Florida (KEVB) air traffic controllers praised the decision. “We like the red tails because they stand out and are easy to recognize from other traffic for controllers and pilots.”

Today, Epic is recognized as a leader with continued growth earned through reputation. In 2005, Epic was one of the first Part 141 flight schools to offer standardized training in the glass-cockpit aircraft similar to the technology used by the airlines.

Epic Flight Academy takes pride in upholding one of the highest safety records in the world. The quality of flight instructors and an aircraft fleet with the average age of no greater than 5 years allow students to launch safely, efficiently, and with the knowledge and skill for a successful career. A typical private pilot class includes a wonderful mix of international and domestic students with up to 5 different countries represented. Many students build friendships across the world.

Need turboprop time? No problem! The Epic Beechcraft King Air B200 is in the process of FAA approval to add this aircraft to the training line. The King Air B200 is well-known for safety and speed.

Red tails are now visible elsewhere with Epic’s first satellite flight school based at the Ocala International Airport (OCF) near Gainesville, FL. Satellite locations offer the same high standards of first-time pass rates with the direct, structured airline pathway. This training is for anyone who wants to become a commercial pilot and fly for the airlines.

Circling back, did the pilot of that white aircraft ever see the bright red Grumman on the runway veering into the grass 25+ years ago? We’ll never know…