Save up to $4000 – Transfer & referral specials for September only! 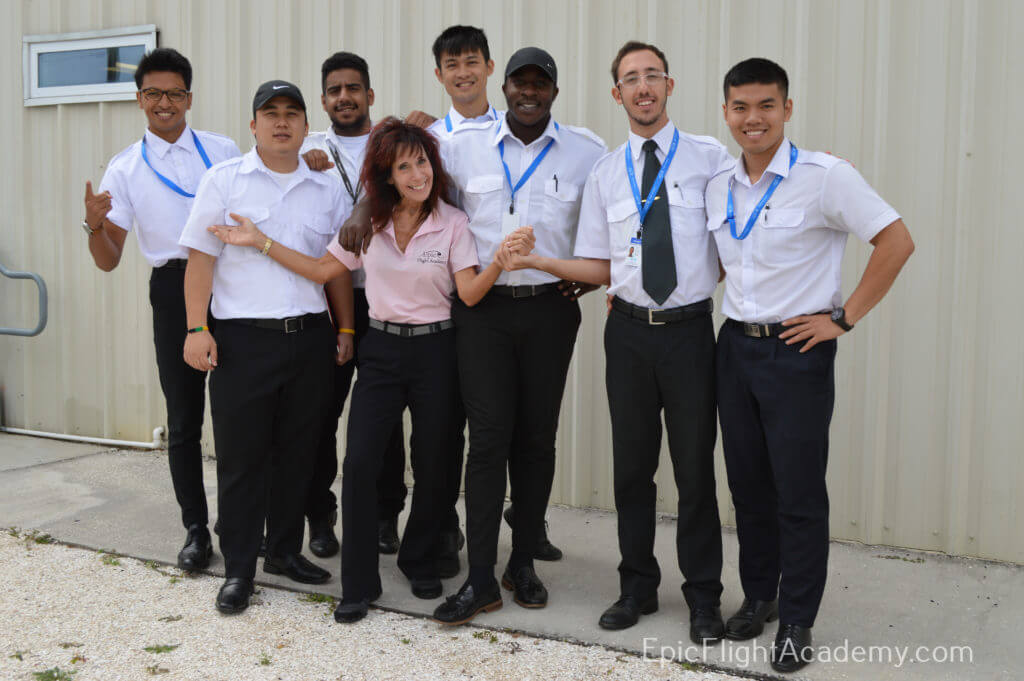 Many international students have already had earned a pilot license in their respective countries before transferring to Epic to continue their training as a commercial pilot. These students need to complete a Verification of Authenticity of Foreign License and Medical Certification Form as required by the FAA in order to continue training at Epic. Regardless of the amount of training received outside of the U.S., students may only convert to the maximum of FAA Private Pilot. The foreign license verification process can take up to 90 days, so students need to plan ahead, be proactive, and submit the proper documentation before they arrive at Epic.

Note: If you have any restrictions on your license, please let Admissions know immediately, prior to beginning the foreign pilot license verification process.

NOTE: If any of the documents are illegible, the FAA will stop the process and contact the student via email for resubmission of clear documents within 30 days. If the student does not respond, the request for foreign license conversion is cancelled.

Call your Country Civil Aviation division to make sure the request has been received and processed. If your country does not respond to FAA’s request for verification, the FAA will resend request every 30 days, on 4 times. If the verification is not completed, the request will be cancelled.

If approved, the student will receive the Letter of Authenticity from the FAA that authorizes them to get the temporary certificate. Student must then pass a medical examination that qualifies them to receive their FAA Medical Certificate once they arrive here in the U.S.

(a) For an airplane single-engine rating. Except as provided in paragraph (k) of this section, a person who applies for a private pilot certificate with an airplane category and single-engine class rating must log at least 40 hours of flight time that includes at least 20 hours of flight training from an authorized instructor and 10 hours of solo flight training in the areas of operation listed in § 61.107(b)(1) of this part, and the training must include at least –

(1) 3 hours of cross-country flight training in a single-engine airplane;

(2) Except as provided in § 61.110 of this part, 3 hours of night flight training in a single-engine airplane that includes –

(i) One cross-country flight of over 100 nautical miles total distance; and

(ii) 10 takeoffs and 10 landings to a full stop (with each landing involving a flight in the traffic pattern) at an airport.

(3) 3 hours of flight training in a single-engine airplane on the control and maneuvering of an airplane solely by reference to instruments, including straight and level flight, constant airspeed climbs and descents, turns to a heading, recovery from unusual flight attitudes, radio communications, and the use of navigation systems/facilities and radar services appropriate to instrument flight;

(4) 3 hours of flight training with an authorized instructor in a single-engine airplane in preparation for the practical test, which must have been performed within the preceding 2 calendar months from the month of the test; and

(5) 10 hours of solo flight time in a single-engine airplane, consisting of at least –

(i) 5 hours of solo cross-country time;

(ii) One solo cross country flight of 150 nautical miles total distance, with full-stop landings at three points, and one segment of the flight consisting of a straight-line distance of more than 50 nautical miles between the takeoff and landing locations; and

(iii) Three takeoffs and three landings to a full stop (with each landing involving a flight in the traffic pattern) at an airport with an operating control tower.

To contact the FAA Airmen Certification Information & Assistance directly for foreign pilot license verification process, students may call: +1405-954-3261. Feel free to reach out to our Epic Admissions Team if you have any questions!

Interested in learning more about Epic Flight Academy? Contact us now! We’re here to answer any questions and help you get started!