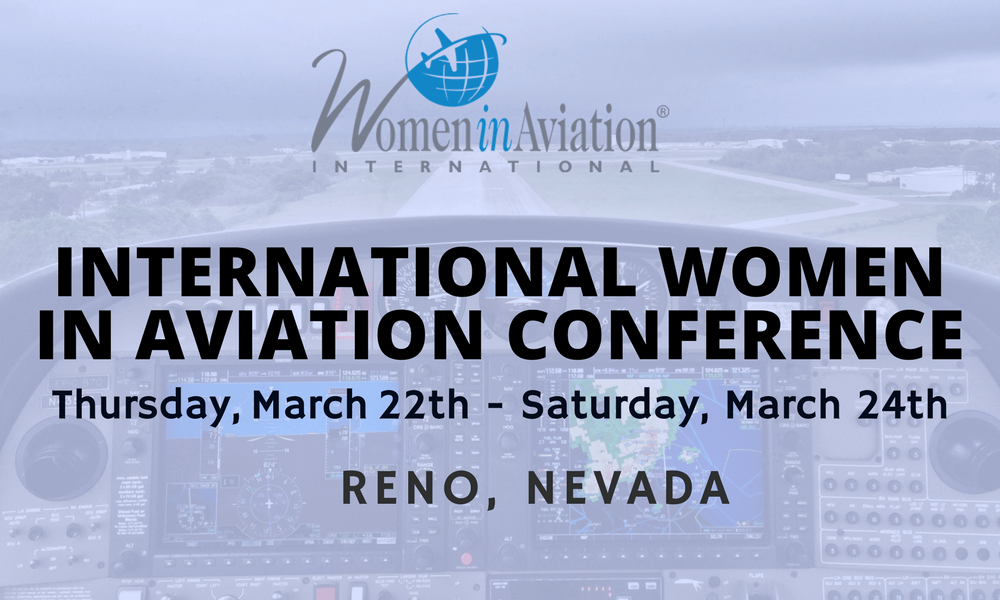 We will be attending the 29th annual Women in Aviation Conference at the Reno-Sparks Convention Center in Reno, Nevada March 22-24, 2018! Featuring Workshops, Training, Seminars, Exhibits, Girls in Aviation Day, Hiring Briefings, Minute Mentoring, Scholarships, and more, are thrilled to participate in an event that empowers women and diversity in aviation.

“In March 1990, 150 people gathered for the first Women in Aviation Conference in Prescott, Arizona, on the Embry-Riddle Aeronautical University campus. No one knew what to expect at that first conference, but after a weekend of networking, it was clear there was a need for more women in the aviation industry. Soon, the conference became an annual event, and in December 1994, Women in Aviation International was established as a professional, non-profit organization.”

Interested in attending the 2018 International Women in Aviation conference? You can register here!