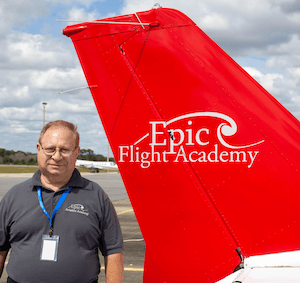 Dr. Steven W. Hawrylak has more than 45 years of aviation experience. He attended several colleges & universities specializing in aviation education, electronics, and mathematics. He served in the U.S. Air Force and the U.S. Army. He trained the quality control inspectors for Air Force One and assisted in the first F-16 conversion of the Air Force Thunderbirds. He has taught mathematics and served as an aviation program director. Steve headed the Science and Electrical Departments at the Pittsburgh Institute of Aeronautics and laid the foundation for Epic’s Part 147 aircraft mechanic program. He has returned as an Aviation (A&P) Instructor.