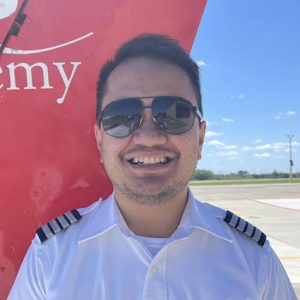 John Pama was born in New York City and was raised in the Philippines until he was eight. He moved to Tampa, Florida when he was nine years old. Traveling at such a young age to different countries is what made him passionate about aviation, and he decided to make a career out of it.

In his spare time, John loves to bake, play/watch volleyball, and do ministry work with his local church.