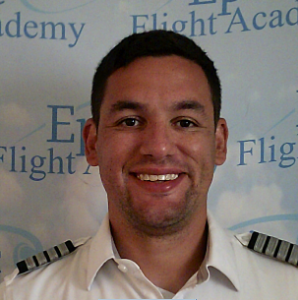 Ian Gammon is originally from South Orange, New Jersey, near Newark. Growing up, he was lucky enough to travel on many planes for family trips. His favorite part was always the plane ride. On one trip he was invited to the cockpit and since then has been enamored with aviation. Growing up near Newark/New York he was underneath the busiest airspace in the world. Ian was always looking up, wishing he was flying on one. After earning his PPL in 2019, he completed the rest of his ratings, including CFI, CFII, and MEI, at Epic.