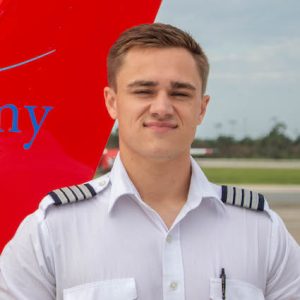 Elliott was born and raised in Vermont. While growing up, his uncle often told him fascinating stories of his time flying older Cessnas while fish spotting in New Hampshire and Alaska. This began to fuel his fascination for aviation. On Elliott’s 16th birthday, his parents surprised him with a discovery flight, and he instantly fell in love. After receiving his private pilot certificate in high school, Elliott attended Embry-Riddle to continue his flight training and earned a bachelor’s degree in aeronautical science before completing his CFI and CFII at Epic. Elliott looks forward to sharing his knowledge and training the next generation of pilots.