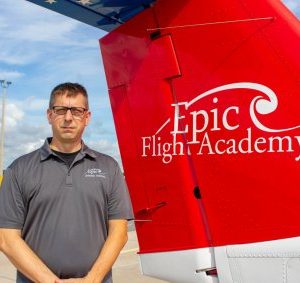 Craig Hersom is from Sanford, Maine where he lived until he graduated high school and joined the United States Air Force in 1983 as an aircraft mechanic on tactical fighter aircrafts. In the early 1990s he separated from active duty and joined the Air Force Reserves as a machinist/welder on C-5 cargo aircraft. After several years with the Reserves, he moved to the New Hampshire Air National Guards where he stayed for more than six years as a machinist/welder on KC-135s refueling aircraft.  While serving there he strived for self-improvement and completed two associate degrees, Aircraft Technology and Metal Technology.

After September 2011, Mr. Hersom’s love for his country inspired him to pursue the active duty Air Force service once again. He reentered the active duty Air Force where he was assigned as an aircraft mechanic on A-10A/C Warthogs. Craig served 13 more years with the Air Force where he filled many different roles and positions within the aircraft maintenance field, including Director of Aircraft Maintenance. With 33 years of military and aircraft experience, he retired from active duty and settled down with his wife Lisa in Florida. They currently reside in Debary, Florida while they await the completion of their dream home in Daytona Beach, Florida.

In January 2016 Craig enrolled at Embry-Riddle Aeronautical University, Daytona, Florida as a full-time student where he pursued his bachelor’s degree. He graduated in May 2018 with a bachelor’s degree in Aviation Maintenance Science, a concentration in Aviation Maintenance Management, and a minor in Business Administration. In addition to his degree, he completed his Airframe and Powerplant certification.

When not working, Craig enjoys spending time with his wife and dogs along with long walks on the beach, doing Tae Kwon Do, physical fitness, and riding bikes/motorcycles.