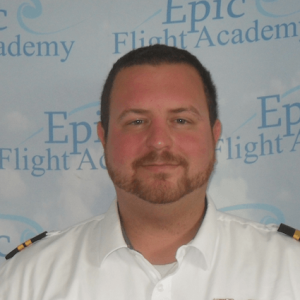 Andrew McCarthy is a flight instructor at Epic Flight Academy. Born and raised in Ormond Beach, Florida, aviation has been a passion of Andrew’s since he was a child. His grandfather worked on an aircraft carrier, then as an Air Traffic Control in the tower at Teterboro. His grandfather’s stories and experiences were the catalyst that sparked Andrew’s interest. Andrew became more involved in aviation when he attended an Aerospace Academy at his high school. After an eight-year hiatus, he found his way to Epic Flight Academy. Andrew earned his initial CFI at Epic in less than a year and now shares his passion for aviation with his flight students.