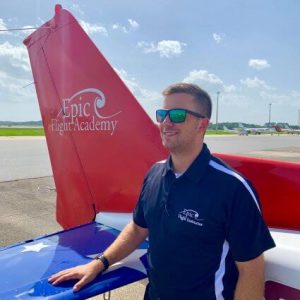 Aaron Kraus has been in Florida for about five years now and absolutely loves it.  He moved around quite a bit when he was younger, while his dad served in the U.S. Navy, but spent a majority of his younger years living in Wisconsin. While in college, Aaron joined the U.S. Army and served as an Officer in the reserve component for 8 years working in the Engineer and Military Police Branches. After graduating from college in 2013, he moved to Florida to pursue his dream of working in aviation. This is always what his heart has been set on and he is looking forward to whatever the future holds. Currently, I thoroughly enjoy being a part of the Epic family.”