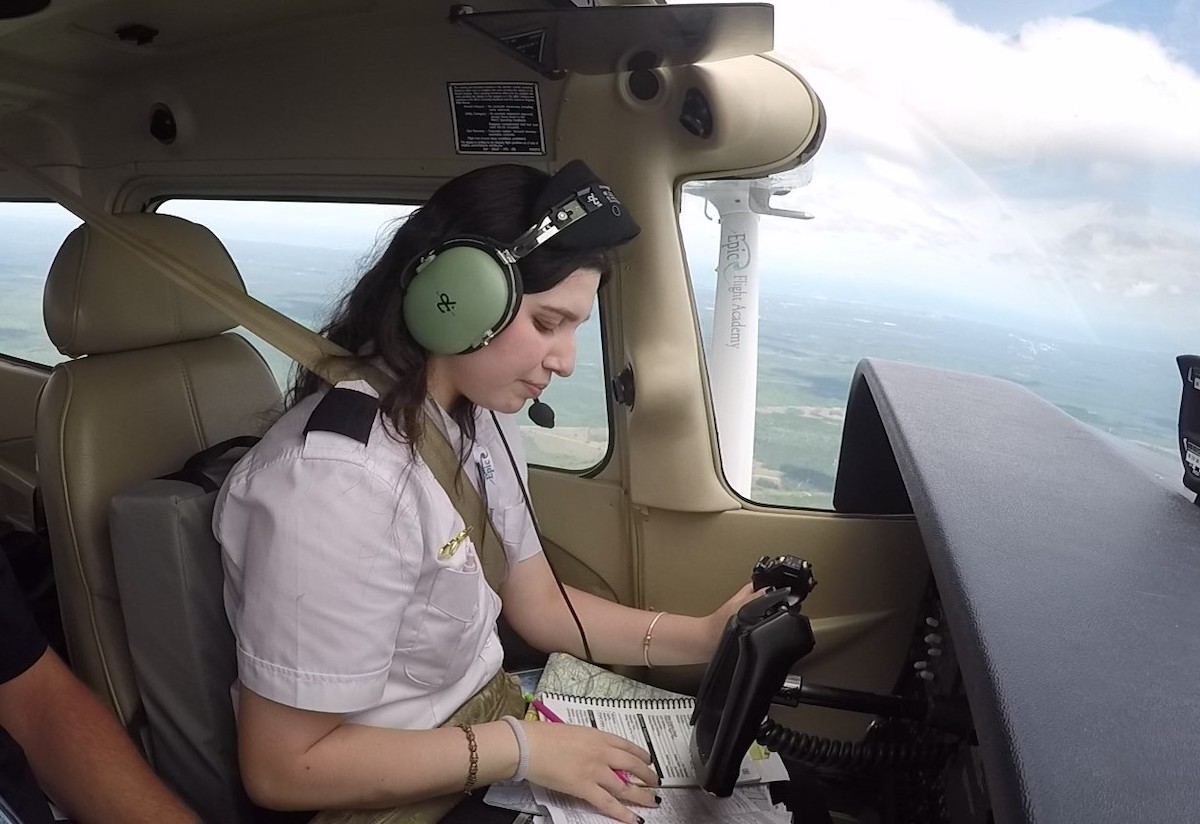 Captain Judy’s Corner: The Art & Science of Not Getting Lost

Cross country flight planning is something every pilot must know. Even though it was 30 years ago, I vividly recall soloing in the Cessna150. Exhilarating, yet terrifying, describes this memorable day. There was nothing in life that prepared me for the intensity. My flight instructor assured I was ready. I knew I was ready, but I was anxious all the same.

What helped me throughout learning cross countries? It was understanding how to prepare a navigation flight planning log and chair flying the flight before each flight. Chair flying involves visualizing a specific aircraft procedure or task, performing each step in your mind while vocalizing with appropriate hand and feet movements. Thousands of flight time hours later and I continue chair flying my flights.

Flying locally or on a cross country flight, nav logs allow the pilot to remain situationally aware and determine the best course of action for an efficient, safe arrival at the destination. Below are terms and abbreviations commonly used when navigating and flight planning.

True Course (TC): The angle between the course and true north. Visual Flight Rule (VFR) Sectional charts are based on True North. When a pilot draws a line from departure to destination on the VFR Sectional chart, this line indicates the TC.

Wind Correction Angle (WCA): The correction applied to TC corrected for wind drift.  If the wind is pushing the airplane to the left or right of TC then the pilot would need to correct to stay on course by changing the intended heading of the aircraft.

Magnetic Variation (Var.): The number of degrees left or right of Magnetic North from True North. Earth’s axis is not aligned with the magnet located near the north pole or the south pole. You will find isogonic lines, also called lines of variation, on VFR Sectional charts as dashed magenta lines.

Magnetic Heading (MH): TH corrected for magnetic variation gives the pilot MH.  Aircraft navigation instruments are based on the magnet at the north or south poles (TH +/- Var. = MH). Pilots make variation corrections based on the nearest isogonic line to their position adding or subtracting the variation from their TH.

Deviation (Dev.): Errors due to electromagnetic fields created by electrical components in the airplane affecting the compass’s accuracy. The magnet inside a magnetic compass is prone to interference due to the electromagnetic forces coming from electrical components inside the aircraft. Deviation is unique to each aircraft. A compass card is located on or near the magnetic compass indicating the variation for every 30-degree heading on the compass. Epic Flight Academy also includes each aircraft’s deviation information on the weight and balance sheets found in the weather and preflight center. This allows students to plan the appropriate deviation without having to enter the aircraft.

Compass Heading or Compass Course (CH or CC): The heading, adjusted for deviation, to be flown by reference to the magnetic compass. The pilot will plan to stay on course using the sum of TC, WCA, MH, and deviation.

Pilots’ first method of navigation and still used today is called Pilotage. Pilotage is similar to following driving directions to a specific location. The directions given might include, “Follow Main Street until you pass the red and blue playground sign on the left. Then continue straight until passing the large shopping mall that will be on the left.  On the corner just past the mall will with be a purple house. Park in the drive of the purple house.” These visual landmarks identify the driver’s position for correctly arriving at the location. While flying, pilotage uses these same skills. Pilots will use visual landmarks, such as terrain, buildings, or airports to identify their current position while flying along the intended course.

Dead Reckoning was the next method of navigating the skies. The FAA’s Pilot’s Handbook of Aeronautical Knowledge defines dead reckoning as navigation solely by means of computations based on time, airspeed, distance, and direction. Pilots often pair dead reckoning with pilotage, incorporating precise calculations to help a pilot determine the time to reach each visual landmark.  These visual landmarks are checkpoints. The pilot calculates fuel consumption between each checkpoint based on time taken to reach each location. Dead reckoning also provides a more accurate heading change required that should be flown based on changes to the wind conditions at altitude.  Dead reckoning allows a pilot to identify, plan, and best react to any changes along the route of flight.

Electronic Navigation provides course guidance by the use of either ground navigation aids, such as Very High Frequency Omnidirectional Range (VOR) or satellite navigation aids, such as GPS. The advancement of avionics and technology, pilots can use electronic navigation aids to determine their position, groundspeed, and estimated times of arrival to checkpoints. Although these technologies are generally accurate and reliable, it is important that pilots do not solely rely on electronic navigation while flying.  Electronic navigation combined with pilotage and dead reckoning, allows a pilot to be very precise when flying and calculating their route. Epic Flight Academy navigation logs provide course guidance, along with other critical cross-country information.  Epic includes a section for entering radio and navigation frequencies, performance information, weather, and filing the flight plan. Having this information is additional help for students arriving at their destination safely.

(Photo above: Epic Flight Academy student (pictured) with her instructor on a cross country flight)